The China-Turkey cooperation in the solar energy field is mutually benefiting as they could complement each other with own advantages.

ISTANBUL, May 13 (Xinhua) — Turkey and China are mutually benefiting from each other’s advantages in the field of solar panel production.

Chinese companies can benefit from Turkey’s location in exporting their products to the other parts of the world and the Chinese manufacturers can contribute to the Turkish economy, generating job opportunities and luring foreign investment to the country, said Turkish and Chinese industrial insiders.

HT Solar Energy was established in 2016 to produce solar modules in the Tuzla Free Zone in Turkey’s biggest city, Istanbul, as a subsidiary of Chinese state-owned company HT-SAAE. 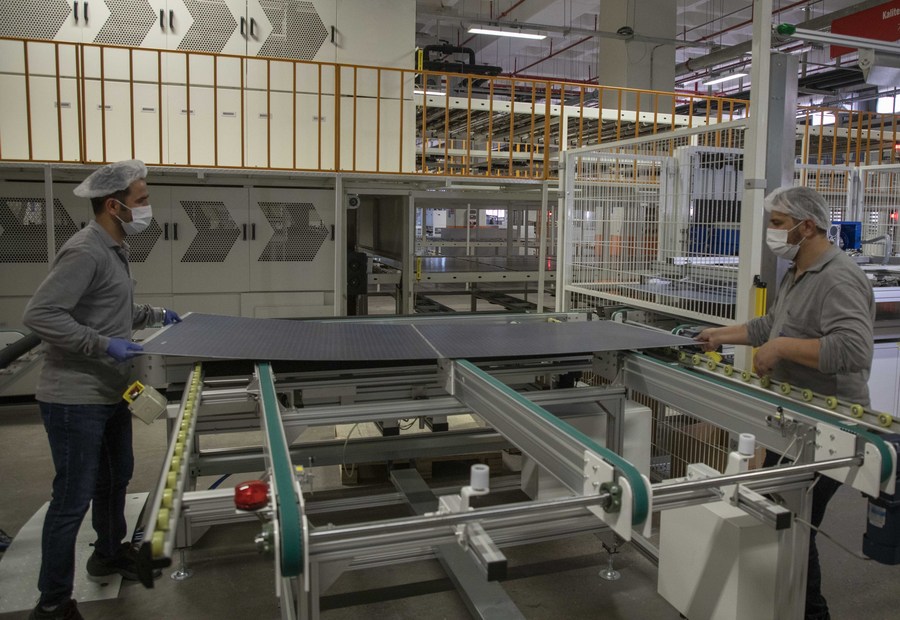 Two workers are working in HT Solar Energy in Istanbul, Turkey, on May 7, 2021. (Photo by Osman Orsal/Xinhua)

Since then, the manufacturer has been supplying solar modules for the Turkish market and exporting its products to the United States, as well as several countries in Europe and the Middle East via Turkey.

Bao Yue, general manager of HT Solar Energy, said that the company is “helping the country’s economy to receive more foreign currency and enlarge its export capacity,” while providing job opportunities for over 500 people.

As the solar industry is a very new business, it needs creative employees, and Turkey fulfills these requirements with its well-educated young population, he said.

“In our factory, we have many workers or white color employees born after 1980 and 1990. They are doing practically very well,” the manager said. 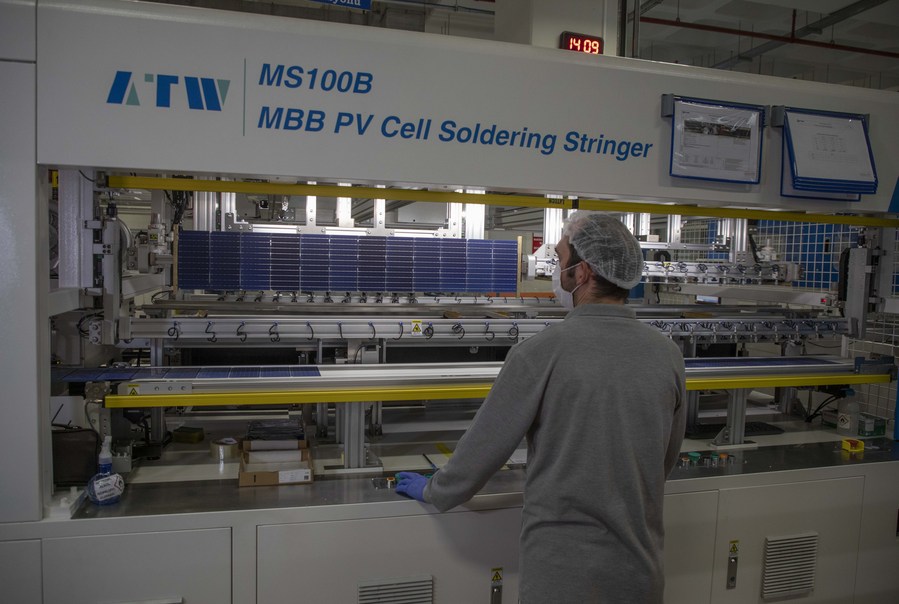 A worker is working in HT Solar Energy in Istanbul, Turkey, on May 7, 2021. (Photo by Osman Orsal/Xinhua)

Yue noted that his company uses the most advanced lines and technology in the market and operates as a giant training school for the solar industry in Turkey.

“We hire young people and teach them the operation and let them know the industry,” he added.

In the upcoming period, HT Solar Energy plans to enlarge its investment in Turkey and lure other Chinese companies operating in this field.

“We are a solar panel manufacturer, but when you want to build a solar power plant, you also need other technical equipment such as inventors and solar cable,” he said, referring to the possible newcomers to Turkey.

“This is our plan, but due to the coronavirus, a lot were postponed and will going to be delayed. But this direction will not be changed.” 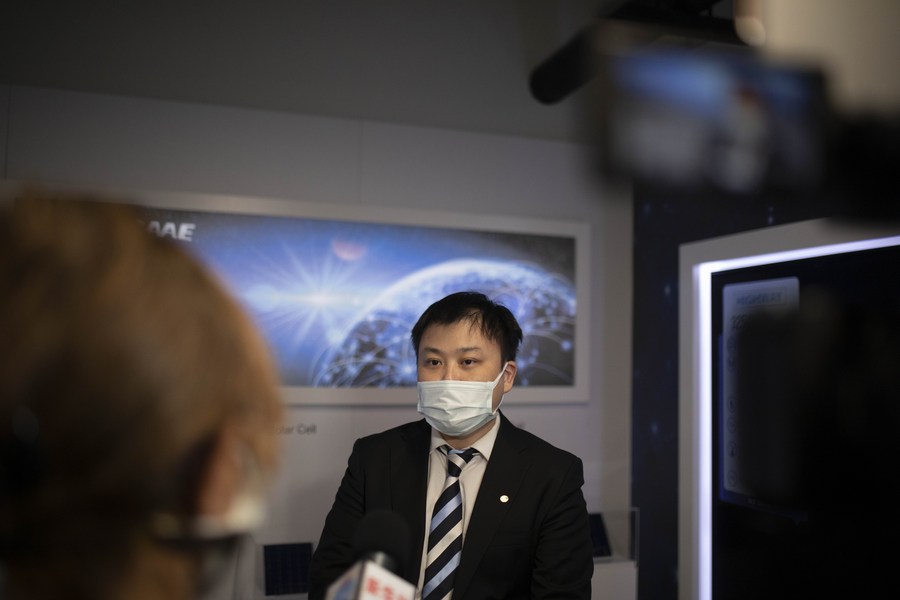 Bao Yue, general manager of HT Solar Energy, introduces his company in Istanbul, Turkey, on May 7, 2021. (Photo by Osman Orsal/Xinhua)

Yusuf Bayrak, an analyst and a retired electricity generation planner, said Turkey and China could collaborate more on information sharing and the establishment of joint research and development centers.

“These would definitely have technological and economic returns for Turkey,” Bayrak told Xinhua in a written interview.

He said that, in the upcoming period, wind resources will also gain importance in electricity generation in Turkey, and developments in these areas will speed up. “This is where electricity storage technology will become as important as producing solar panels and wind turbines,” he noted. 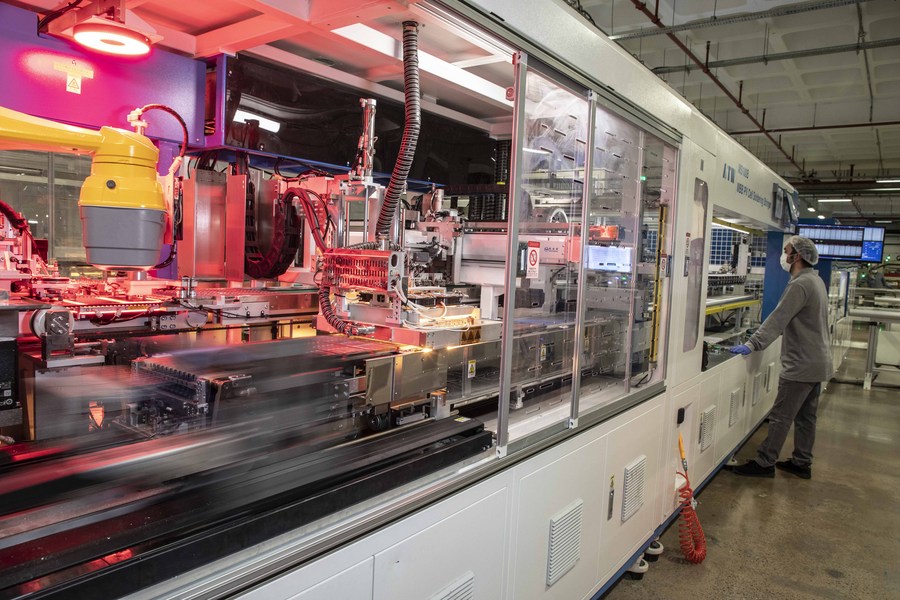 A worker is working in HT Solar Energy in Istanbul, Turkey, on May 7, 2021. (Photo by Osman Orsal/Xinhua)

“Therefore, strong cooperation can be established between Turkey and China to invest in electricity storage technology as well,” he suggested.

Turkey’s electricity production from renewable energy has been above 40 percent for the last three years, up from 25 percent 10 years ago, according to Energy and Natural Resources Minister Fatih Donmez.

You have successfully subscribed to the newsletter

There was an error while trying to send your request. Please try again.